2016 was a year where so many people were leaving us. Many deaths occurred, especially celebrities, that by the end of the year we were posting and tweeting “Screw you 2016!” 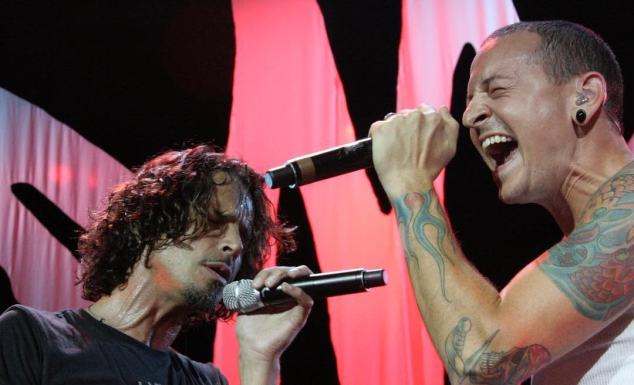 The year has not brought on many deaths but more questions. Two, very highly regarded and well loved musicians, made the ultimate and permanent decision of ending their life. Chris Cornell, lead singer of bands AudioSlave and Soundgarden, was found hung in his hotel room just after performing for thousands on May 17th. It was a shock through out the world, especially to his family, who strongly believe Chris didn’t kill himself on purpose; and i agree.

Then almost two months to the day, Chris’ dear and beloved friend, Chester Bennington, Lead singer of the hit and popular band Linkin Park, also died by hanging in his own home on July 20th; the day of Chris’ birthday. As the world was still morning the loss of Chris, we had to endure the even greater shock of yet another taking his life when he had given so much and still had more to give. His family also believes it was not done on purpose; and i agree.

But Why? That is the biggest question everyone has when these two decided to leave us. Why would they end their own life? Many can’t even comprehend because they had successful careers and loving families; why would these just throw that all away? The answer to that is pretty simple and usually forgotten: depression; Or in better words, mental illness. Mental Illness comes in many different forms and in different levels. Some just have mild depression or anxiety and others can go as high as bipolar or schizophrenia; but it is all the same. It is a mental condition in where some thoughts or actions are not in our control. Chester had always been open about his bouts of depression and shared his own personal hell through his music. He was also open about certain events in his life that made him who he is and why it was dangerous inside his own head. He once said in an interview:

He struggled with drugs and alcohol but did overcome it after a while and in his music he was able to express to the world how he felt and how everyone else felt. Songs like Crawlin’, My December, Leave out all the rest — he expressed his own personal hell to us through those songs. Now Chris suffered from Anxiety and being a performer, that is a tough disease to overcome when you need to perform in front of thousands and have the world look at everything you do. He also struggled with drugs and alcohol and also overcome that, but the anxiety was still there–Chester’s depression was still there; and even though they sang with their unique and God given talent, It wasn’t enough to put those demons away at night.

According to new reports, Chris’ autopsy showed he had taken extra (not an overdose) of his anxiety medication, and one of the side effects of these meds are if taken to much, you are prone to commit suicide. Chris didn’t want to die, but he did want to end the pain and sadly lost his life because of it. Chester’s autopsy has not yet been released but some news outlets did mention that no drugs (medication or not) was found in his house but there were empty alcohol bottles in the room. If Chester was taking medications like Chris or for his bouts of depression, one of the worse things to do is drink alcohol, especially if he had a large quantity. That also causes changes in your mind where you do things drastically without thinking. Sadly, Chester was alone that night and, in my opinion, was drinking to kill the pain over the loss of Chris, as it was going to be Chris’ birthday the next day. He didn’t want to die, he just wanted to stop hurting.

There is a common theme here and as much of us still do not understand the full severity on what Chris and Chester was going through, we do know this; It is hard to comprehend that two individuals saved thousands through their music but the thousand was not enough to save them.

Now I was angry when Chester died. I have been a Linkin Park fan since the very beginning and their music saved me through such dark times in my life; even times where I just wanted to end it. I couldn’t believe that Chester did that but also I was sad that he did. Chester knew he was loved and so did Chris, but sometimes that 10 second window of your mind playing tricks on you shows you are not loved and It hurts to know that they felt that kind of pain before they died. They left behind wives and children and band-mates who were like brothers to them, but fame and fortune can’t erase the pain that someone feels; it is a disease like any other and people need to seek help for it. Chester and Chris did, we know that, but what we learned from their deaths is that you are never cured from it; it is something you have to live with and deal with everyday, but know you are not alone in this world and know that you have support around you. That i think is the gift Chris and Chester gave us; to know we are NOT alone.

Now I wanted to end this post with lyrics from Linkin Park’s new album that came out just weeks before Chris’ death and this particular song really hits you in the feels as Chester sings this with such passion; but so hard to know he ended up being that one more light…